ICHR is the national human rights institution in Palestine with the function of an Ombudsman. ICHR was established in 1993 upon a Presidential Decree issued by President Yasser Arafat in his capacity as President of the State of Palestine and chairman of the Palestine Liberation Organization. The decree was subsequently published in the Official Gazette in 1995. ICHR commenced its activities in early 1994.

In accordance with the Presidential Decree, the duties and responsibilities of ICHR are as follows: "to follow-up and ensure that different Palestinian laws, by-laws and regulations, and the work of various departments, agencies and institutions of the State of Palestine and the Palestine Liberation Organization meet the requirements for safeguarding human rights". The decree entrusted ICHR with the drafting of its statutes in a manner that would ensure its independence and effectiveness.

Furthermore, Article 31 of the Basic Law voted by the Palestinian Legislative Council (PLC) in 1997, ratified in 2002 and modified in 2003 provides that: "An independent Commission for Human Rights shall be established by law, which shall specify its formation, duties and jurisdiction. The Commission shall submit its reports to the President of the National Authority and the Palestinian Legislative Council".

In 2004, ICHR worked on a draft law, which was submitted to PLC in May 2005 for discussion and approval. This draft law confirms ICHR as an NHRI with a core function as an Ombudsman. The draft law provides ICHR with a broad mandate in accordance with national and international standards. It gives ICHR the authority to deal with cases of human rights violations, complaints submitted by citizens related to abuse of power, education and promotion of human rights, monitoring and general integration of human rights into Palestinian legislation and policies. The draft law also empowers ICHR to take cases to courts and grants the commission access to information. In other words, the law defines the role of ICHR in protecting basic liberties and freedoms as prescribed in the Palestinian Basic Law and international human rights law.

The draft law has been discussed at the PLC in its general reading, but then the process was disrupted with the freezing of the PLC after the 2006 PLC elections and the internal political division in June 2007. ICHR’s statutes hence will only be passed once reconciliation is achieved, new PLC elections undertaken, and the PLC convenes.

This law has not yet been passed by the PLC, but through its internal by-laws, mission statement and its activities, ICHR has strived to achieve its mandate, firmly committing itself to the values of democracy, good governance and respect for human rights. Palestinian duty bearers recognize ICHR is the NHRI of Palestine and cooperate with it in the different fields of its work.

Internationally: ICHR is an active member of the Global Alliance for National Human Rights Institutions (GANHRI)  with A accreditation underscoring the full independency of the Commission.

An Independent State of Palestine that is based on the rule of law, safeguards rights and public freedoms and inheres the values and principles of justice and human rights

In its capacity as the Palestinian constitutional national human rights commission, ICHR contributes towards the protection and promotion of human rights in Palestine in accordance with the International Human Rights Treaties, the Palestinian Independence Declaration and Basic Law, by receiving and handling complaints, monitoring and documenting human rights violations, providing guidance, counselling and capacity development of duty bearers, mediating between the official institutions and civil society organizations and promoting the culture of human rights with the purpose of creating a democratic and tolerant society

CHR adopts the following set of values: Credibility, Integrity, confidentiality, Tolerance and equality. ICHR is committed to these values and has integrated them in its programs and activities as well as professional code of conducts.

A 19-member board of commissioners currently supervises ICHR. The highly credible Commissioners are prominent members of Palestinian society, and were selected from both inside Palestine and the Diaspora, to confirm the need for communication between different Palestinian communities, and to benefit from the expertise of members of the Diaspora in enhancing and promoting ICHR. The Executive Office, emanating from the Board of Commissioners and headed by the Commissioner General, is the highest authority within ICHR and oversees its operations and performance.

The Director General, appointed by the Executive office, is the highest official responsible for managing departments and staff in headquarters and Regional Offices.

Until the law regulating the work of ICHR is passed by the Palestinian Legislative Council, ICHR’s Board of Commissioners will continue to be the highest decision-making body.

ICHR’s headquarters is located in Ramallah, in addition to 5 regional offices including 3 in the West Bank, in the north, middle and south, and 2 in the Gaza Strip, in the north and south.

ICHR has currently 69 permanent staff members (45 men, 24 women). 36% of the permanent staff members are women among them two senior directors and six legal officers. The staff is composed of persons with various academic, geographical, and religious backgrounds. In effect, employees have degrees in law, international human rights, social sciences, political sciences, international development, management and finance. They are of either Muslim or Christian faith. The general impression of the staff is that they are hardworking and very committed believers of human rights.

ICHR is composed of 4 centralized departments: Investigation and Complaints Department, Monitoring of National Legislations and Policies Department, and Public Awareness and Training Department. In addition to 3 units: Public Relations and Media Unit, International Relations and Programe Development and Monitoring and Evaluation Unit. ICHR ensures its accessibility to all Palestinian citizens by its local offices that are placed in all main regions. 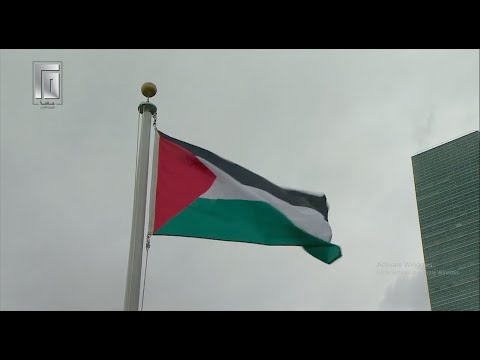