Aker demands members of the Change and Reform Bloc of the PLC in the Gaza Strip to back down on the illegal steps they have taken against ICHR.

Siniora: ICHR shall press ahead with its work of monitoring human rights violations as usual 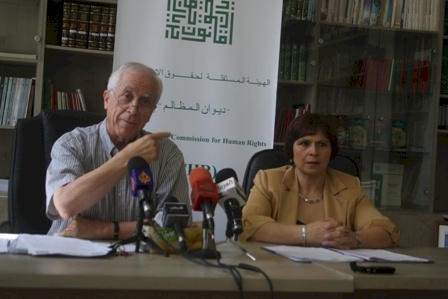